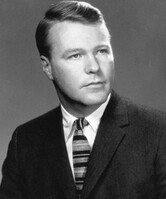 Between 1854 and 1962 every Vermont governor had been a member of the Republican Party. For a generation, the party had been deeply divided between the “Aiken-Gibson” and the “Proctor” supporters. Most newcomers to the state weren’t Republican stalwarts and the Democratic Party made continual gains in percentage of voters even though it lost elections. National politics and mass media diminished local political identifications, just as they weakened local ties in many other areas of life. Democrat Philip H. Hoff’s election as governor in 1962 signaled the end of unquestioned Republican supremacy.

Until the mid-1960s Vermont’s constitution specified that each town, regardless of its population, had one representative in the House. Burlington’s sole House member represented more people than the 107 representatives from the 107 smallest towns. The U.S. Supreme Court ruled in 1962 that “one town, one vote” apportionment violated the equal protection clause of the Fourteenth Amendment to the U.S. Constitution and in 1964 the Vermont Supreme Court came to the same decision in the case of Buckley vs. Hoff. A year later Vermont’s legislators passed a plan for reapportionment, which cut the number of House members from 246 to 150. 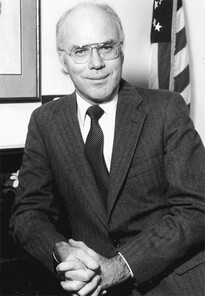 The legislative reapportionment of 1965 evoked widely differing responses among Vermonters. Many viewed it as a matter of fundamental fairness, and considered the new, smaller body more efficient and productive. Others, however, feared that small towns would lose their voice in Montpelier. Both supporters and opponents of the “one-town, one-vote” legislature rued reapportionment as the loss of yet another tradition that had made Vermont special. The final gasp of Republican Party traditionalism, the “Mountain Rule” (the alternating of candidates between the east and west sides of the mountains), died a decade later.

(bottom) Patrick Leahy, elected to the U.S. Senate in 1975, was the first Democrat to win the office in Vermont.