The industrial sector of Vermont’s economy continued to grow rapidly along with the expansion of the railroad in the last quarter of the nineteenth century. The largest industries developed natural resources such as marble, granite, slate, and timber for expanding markets outside of Vermont’s borders. The number of textile mills declined, but the ones that survived, like those in Winooski, grew large enough to compete with other northeastern mills. The machine-tool industry that originated in Windsor moved to Springfield and continued a history of building on the ideas of a skilled inventive workforce. 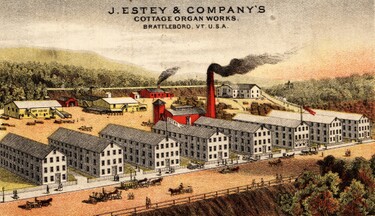 St. Johnsbury became a company town based upon the entrepreneurship and political savvy of the Fairbanks family, who turned their platform scale industry into a dynasty. Brattleboro was famous for its music organs, Bellows Falls for the paper mill, and St. Albans and Island Pond grew as railroad centers. A successful industry led to an expanding workforce. People lived in the same place where they worked and new communities sprang up around the quarries, mills, and factories. Cities grew as rural villages lost population.

Proctor and Barre are studies in contrasting industrial communities. Proctor, the home of the Vermont Marble Company, was created and controlled by one family. Barre, the center of the state’s granite industry, was a substantial community before the granite boom and was never dominated by one corporation. 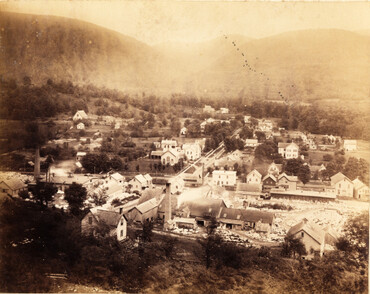 Redfield Proctor came to Sutherland Falls and began investing in and purchasing marble quarries and processing plants. Using capital from New York investors, he founded the Vermont Marble Company in 1880. It became Vermont’s largest corporation by the mid-1880s. The town of Proctor, incorporated in 1886, was created out of Sutherland Falls and parts of Pittsford, on property owned by the Vermont Marble Company. The employees’ lives were controlled by the Vermont Marble Company since they lived in company housing, bought at company stores, worshipped in churches, and recovered from illnesses at a hospital built by the Proctors. Redfield Proctor expanded his power beyond the company to serve in government at the local, state, and federal levels. Members of the next two generations of the Proctor family would follow his lead, managing the company and being elected to public office. Proctor’s sons, Redfield, Jr. and Fletcher, and his grandson Mortimer, all served as governor of Vermont. Proctor developed and prospered along with the Proctor family and the Vermont Marble Company. 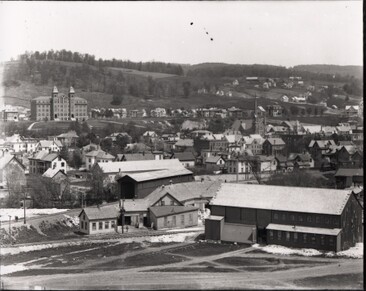 Barre, founded in the 1780s, had over 2,000 residents by 1830. Everything would change when the granite quarries were finally linked to the railroads in 1888. In 1880 Barre’s population was ninety-five percent native born and the granite industry employed only about one hundred people. Twenty years later, thirty-eight percent of its population was foreign born and over 3,000 people worked in the granite industry. But no single corporation controlled the industry in Barre, as the Vermont Marble Company did in Proctor. Some of the granite companies provided housing and owned stores, but workers were just as likely to live in private boarding houses and have credit in local neighborhood stores owned and operated by people like themselves. By the early twentieth century, Barre was known as a working-class town characterized by its vibrant immigrant neighborhoods.

Images: (top) The Estey Organ Company manufactured a variety of organs and melodeons in Brattleboro, Vermont from 1852-1959.