Creating a home required hours of labor. Women cooked, sewed, cleaned, washed, and cared for children, the sick, and the elderly. Girls learned these skills from their mothers. Some attended schools to learn fancy sewing, drawing, and musical skills. Most women in Vermont were literate, so they read about fashion, childrearing, and new recipes from an ever-expanding choice of books, magazines, and newspapers. Their social lives revolved around family and friends within their rural communities. 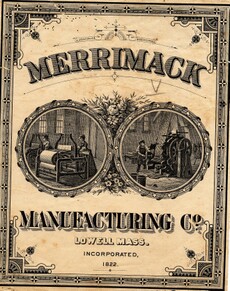 The expansion of the textile industry and the growing supply of inexpensive cloth changed Vermont women’s lives dramatically. Young women, previously crucial to home cloth production, found that their skills were no longer needed. But because weaving was still viewed as women’s work in America, the textile mills recruited hundreds of Vermont farm girls to be laborers. Other young girls found work in the familiar role of housekeeping. Many women taught school, another occupation that was seen as a natural extension of their feminine role. Though countless young girls put in a few years of work for wages, most still expected to marry, raise children, and make a home.

Women in early Vermont were responsible for the spiritual and moral welfare of their families. They traditionally played a crucial role in church affairs. When causes such as the antislavery and temperance movements gained steam, many women saw their participation as a natural extension of their family and Christian duty. The formidable skills women gained from their church and charitable work proved to be a key to the success of these movements. Many women who toiled for these causes also fought for women’s suffrage and were bitterly disappointed when their right to vote was continually denied.

Image: Illustration showing the looms at the Merrimack Manufacturing Company in Lowell, Massachusetts.