At the end of the French and Indian War, returning soldiers spread the word about the perceived empty wilderness. Land-starved New Englanders flocked to the new frontier even before the peace treaty was signed in 1763. These new pioneers were undeterred by questionable land titles arising from border disputes between New York and New Hampshire. 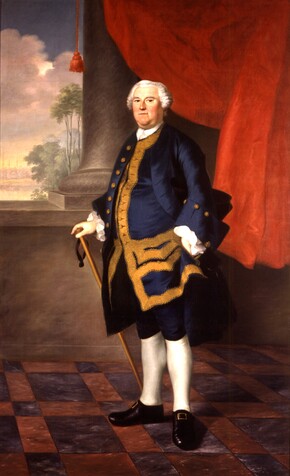 Both colonies claimed the territory between the Connecticut and Hudson Rivers. Governor Benning Wentworth of New Hampshire issued grants to the contested lands as early as the late 1740s over the protests of New York. Proprietors who obtained the New Hampshire grants began to sell them. As greater numbers of settlers started moving to the area in the early 1760s, conflicts were inevitable.

Image: Governor Benning Wentworth of New Hampshire began issuing grants in the territory between the Connecticut and Hudson River in 1749, ignoring the protest of New York who claimed the same land. Image courtesy of the New Hampshire Historical Society.

The French in Vermont

The Republic of Vermont